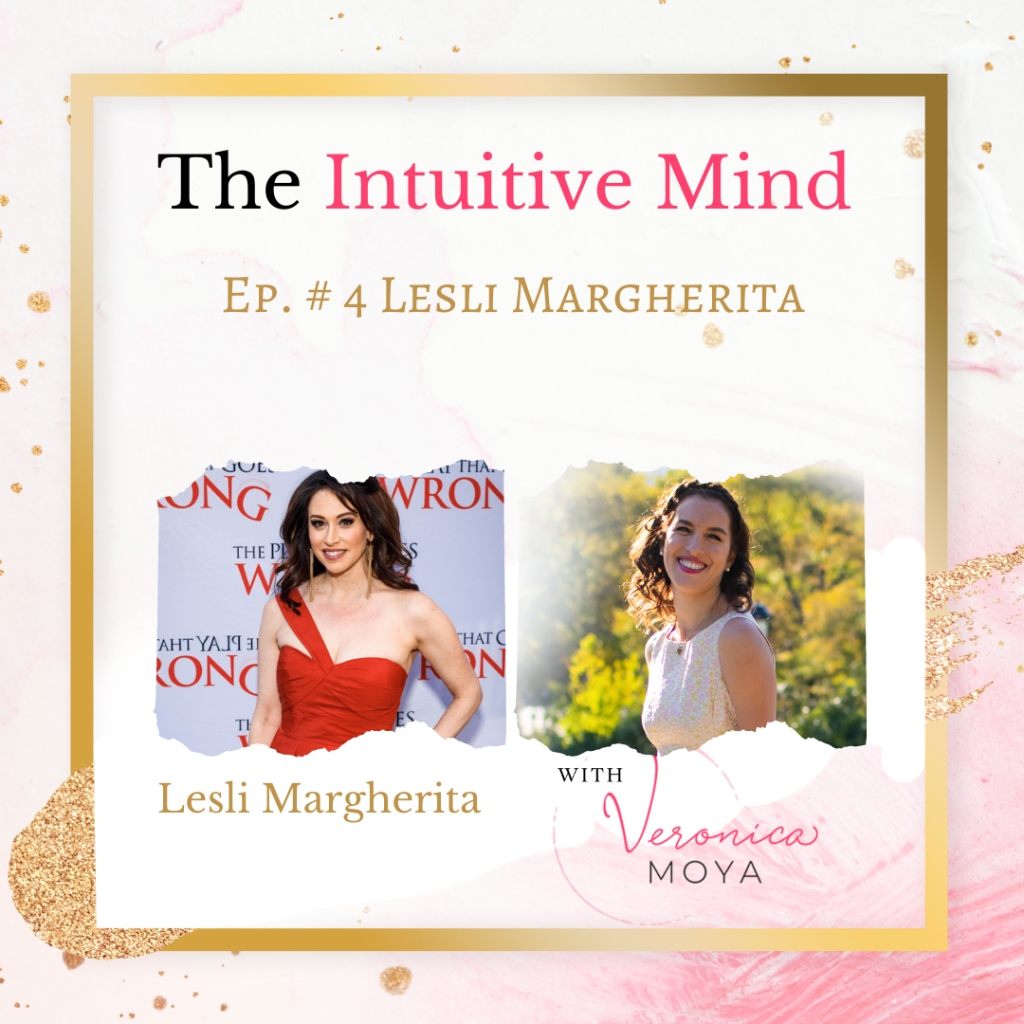 Award winning actress Lesli Margherita joins me in the Intuitive mind from California. While we are both quarantining, we chat about life, work and our perceptions of life as young people.

I met Lesli ice skating in Central Park. She is a true role model! She is talented, intuitive and wise.

We talked about her life as young person, her perception of world and her empathy for others.  Lesli learned early on in life that her words had power, and that she was able to create the outcomes that she desired, simply by being present, and being mindful of her thoughts, and most importantly her words. In 2009 She received the Laurence Olivier Award for Best Performance in a Supporting Role in a Musical. She played the role of Mrs. Wormwood in the Broadway production of Matilda the Musical. She was Mona Kent in the Broadway premiere of Dames at Sea which opened in October 2015. The USA review noted: “the actress plays the tyrannical vamp with infectious relish.” Lesli is fearless, adventurous, daring and full of life! She is a real inspiration to so many people.  Lesli knew how to harness her power, and she combined it with hard work and discipline. This resulted in a life long successful career in theater, film, and television. She played challenging and amazingly rewarding roles on Broadway and the West End. Her inner light is constantly shining bright. I LOVE HER and I personally feel very inspired by her. She has taught me about perseverance, focus and determination.